The opening of new local and international brand stores is expected to inject new momentum into Shanghai’s shopping scene with new shopping experiences and fashion offerings.

A wide range of new offline shopping destinations will be available to city residents, the latest show of brand confidence in Shanghai’s dynamic consumer market.

The local brand that claims its designs are more suitable for Asian female sports fans set up its first offline store in 2019 in the Xintiandi area and now has 25 physical stores in 10 domestic cities.

The flagship store occupies nearly 300 square meters and has several areas for sports and leisure activities on the second floor, as well as a dedicated area for the custom-made clothing embroidery service.

Last year, Shanghai recorded a total of 1,078 flagship store and product openings, an increase of 18.6 percent from a year ago, and more than 3,000 domestic and foreign brands held promotional activities. product launch and exhibitions in 2021.

In the first eight months of this year, Shanghai added 609 new stores, according to the Shanghai Commerce Commission.

LEGO officials said it is on track to fulfill its initial store opening plans in China with 80 new physical stores by the end of this year.

The Danish toy company opened a brand new retail store at Taikoo Li Qiantan in July, the first new LEGO store to open after COVID-19 restrictions were lifted in Shanghai.

In the first half of this year, it opened 66 new LEGO stores globally, including 46 in China.

Despite the impact of COVID-19, LEGO continues to expand its global store network based on the company’s original plan.

The company currently has more than 360 stores in 100 cities nationwide and remains confident in its strategy in China, continuing to focus on retail experiences and digital interactions with local shoppers. 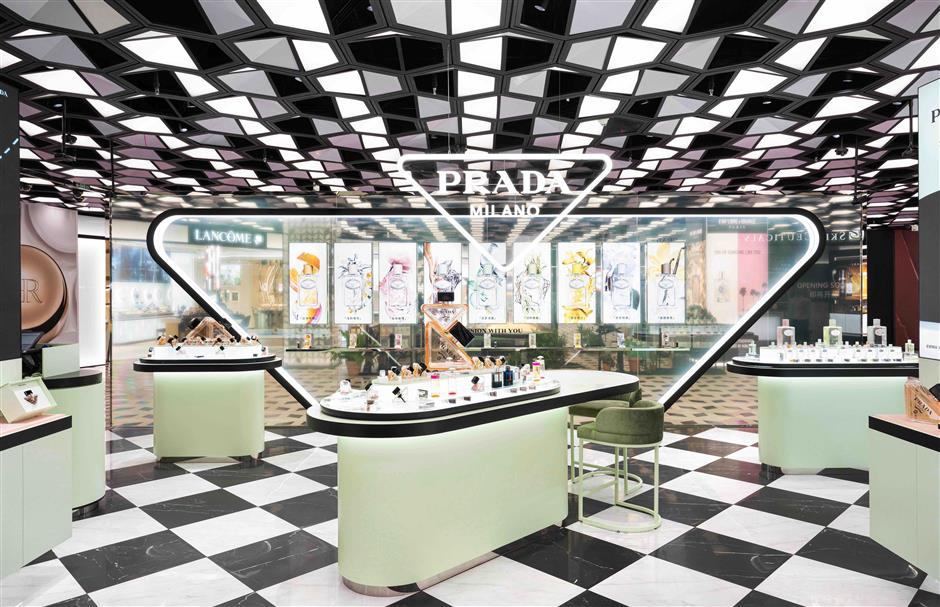 Prada’s first perfume and beauty boutique in China officially landed at the Réel mall in downtown Jing’an on Tuesday.

A pop-up Prada perfume boutique will also be open until October 12.

The Yeezy Gap Engineered by Balenciaga collection went on sale Monday at Gap’s flagship store on Nanjing Road W., the first time the collection has been made available in a physical store in China following its debut in stores overseas and online retailers.

Gap’s flagship store in Shanghai extends the utilitarian vision of Gap stores in the United States and Ginza in Tokyo, offering a new shopping experience in a special section dedicated to new items, including logo t-shirts, jackets in jeans and hoodies.

The second batch of limited-edition merchandise will hit the store next week with a tie-together collection including shoulder bags and baseball caps.