You may not have time for this ride. Maybe you will think, as I think, that I have been repeating myself lately and that I really should move on to something more substantial, topical and impactful. Enough with the navel-like bursts of nostalgia.

Or maybe instead you will let me go and agree to keep me company in my solitude as I sit here deceived by the passing of time – a fact of life as preventable as death or taxes, a concept that I should have understood, or that in any case I would have read and had the chance to observe. The mere notion that the years go by, people get older, new cabinets get scratched and scuffed and suffer from broken hinges, life gets more complicated, and babies not only turn into toddlers, but also kids’ children. preschool age, then in school children – everyone knows that. But also, oddly, one day and all of a sudden, in no children at all, in facsimiles of almost life-size and decent adults. Only, in today’s case, it is adults – thanks to their majority when the world was in quarantine – whose window of social possibility closed when it opened, who are therefore facsimiles of adults who have learned to stay away from people. I grew up in the midst of the whirlwinds of my peers, in summer camps and college balls, where the goal was to get as close as possible socially. I was bad, but at least I had plenty of opportunities to try and try again.

But back to babies. I love babies. I was so good at babies, so well trained for their arrival. When I became a mom at 34, I had already been parenting for 21 years. My first job was to help the mother of three young daughters of Colleen and Ray Simo, owners of The Baker’s Wife bakery, where The Well is now on Main Street in Great Barrington. I had just turned 13. They had a baby, a toddler and a small child. I was good with all three. Well I spent a lot of time looking for danishes and macarons but I can say no one was hurt in my care.

The most uplifting feeling I remember as a teenager was not knowing that I got the attention of the opposite sex – it rarely, if ever, happened, so I have no recollection of how it would have felt – but when a little one, ideally 18 months to 3 years old, stood at my feet and held out his chubby little arms to me. Me! He looked for comfort in me, because I was a good supplier. I was rich in affection and silliness, with all kinds of tricks and games up my sleeve. Diapers weren’t a big deal, I knew temper tantrums were temporary and when in doubt bake chocolate chip cookies. As an older teenager, I didn’t mind that my regular 10 year old needed me to lie down next to him to fall asleep. I liked to be comforting.

Then I grew up and became a teacher. At first, then again and again, I got lost in high school. Where I really shone, where I was supposed to be and inspire true affection, was among the 5th and 6th grade students. My class of 30 awkward cute pies in their stiff or wrinkled blue polo shirts or half tucked in, half pantyhose sewn with KAPPA knew that if they ever got rowdy I could turn to the chalkboard and continue a conversation, gesturing with my right hand, nodding, shaking his head, laughing at some nonsense the blackboard had invented. Other times, I might say, â€œWait! Whatever you do, DO NOT look at the ceiling, â€then they would all be curious about what was going on with the ceiling for a moment or two, long enough for me to rally them to my cause. (â€œMrs. Siegel is CRAZY!â€ Newcomers would say. â€œShe ALWAYS does stuff like that,â€ one veteran explained.) More often I would give up and let them have a dance party. 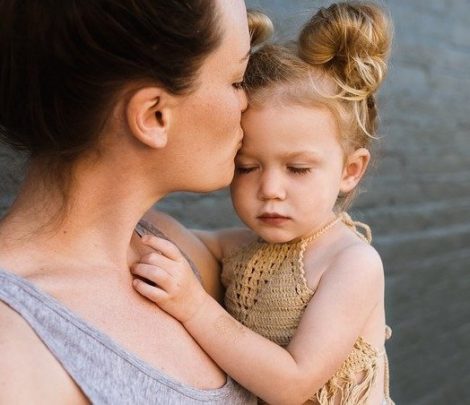 All this to say that when my first child arrived in 2006, I knew what to do. I used to take her with me to the cafe in town where I could sip my mocha latte as she scampered along the bench and tore up a muffin. One morning she did this while I was chatting with my neighbor, a dad over there with his own boy who was about a year older than mine. We paused our conversation and he, watching us both, me sipping my drink with one hand, holding my cheerful, popping head with the other.

I made it look easy. I had had hundreds of hours of practice. An active baby was nothing I couldn’t handle. Neither a disappointed 6-year-old, nor an exuberant 11-year-old.

Is it time to return to the subject of adolescents now? I fear it. As much as I would like to stay in the past, so much the present is what brought me to the page today, because it is the present that I cannot handle. These children of the Bronx, “my children,” I called them then, are in their thirties. My real kids aren’t yet, but the older two might as well be for everything I think I need to teach them about life, school, hard work, how to be confident and true to yourself. , or how to deal with love and loss and make new friends.

I said and did all the wrong things when I was their age. I was excited when I should have stayed cool. I followed the girls who didn’t want anything to do with me and ignored the ones I might have connected with. I knew things that no one else cared about, and ignored all the crucial things. Now am I supposed to help my teenagers figure out how to navigate the same impossible path? Me?

Shouldn’t the first rule of parenting, like the first rule of the healing arts, be “do no harm”? Or at least “do your best to minimize the harm that you will invariably do”? In this case, I think the most responsible thing for me to do now and for the foreseeable future is to continue doing what I do well – cook, drive, order clothes online – and pray that there is have someone much better equipped than me. there a mentor or maybe mentors who have access to good words, a light touch and a loving gaze, who will be kind enough to share these things with my teenagers as they walk through this world.